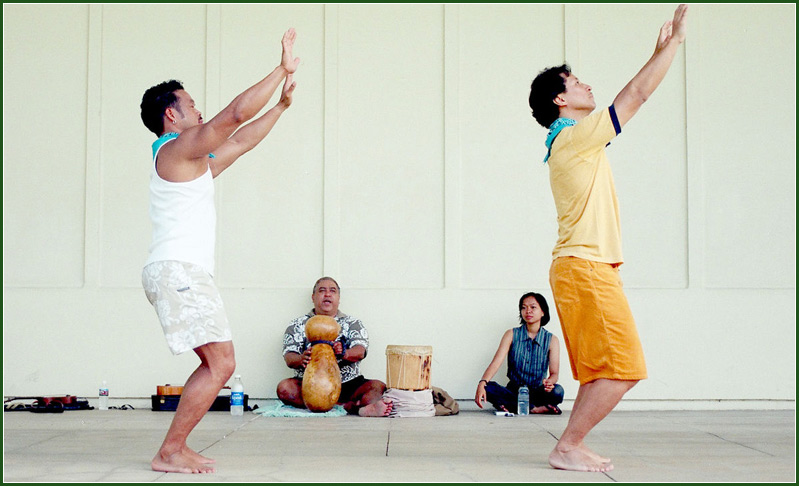 Hawaii is not rich in metals and minerals, and as a result most of the musical instruments were traditionally created from plants, trees, and shells. These same simple instruments are still widely used today in Hawaiian music and hula. In fact, they are what give the music its unique sound and feeling that people from all over the world travel to Hawaii to experience. Read on to learn about some of the most widely used traditional Hawaiian musical instruments.

Ipu are large gourd drums that are used to provide the rhythm and tempo for Hawaiian chants and dances. They are made from two gourds. By combining the smaller on top with the larger on the bottom, the desired shape of the ipu is attained. The gourd’s contents are removed leaving behind the empty shells and they are left to harden. The two gourds are attached with glue, resulting in a hollow hourglass-shaped instrument. The gourds themselves are carefully selected and harvested when their size and shape are appropriate. Ipu have been a part of Hawaiian music since pre-contact times and they still play a major role in contemporary Hawaiian culture.

Another of the traditional Hawaiian musical instruments made from a gourd is the ‘uli ‘uli. This is a type of rattle, with small pebbles or seeds inserted into a dried calabash. The ‘uli ‘uli is topped with a crown of brightly-colored feathers. ‘Uli ‘uli are commonly used in hula kahiko, the so-called ancient style of the dance. 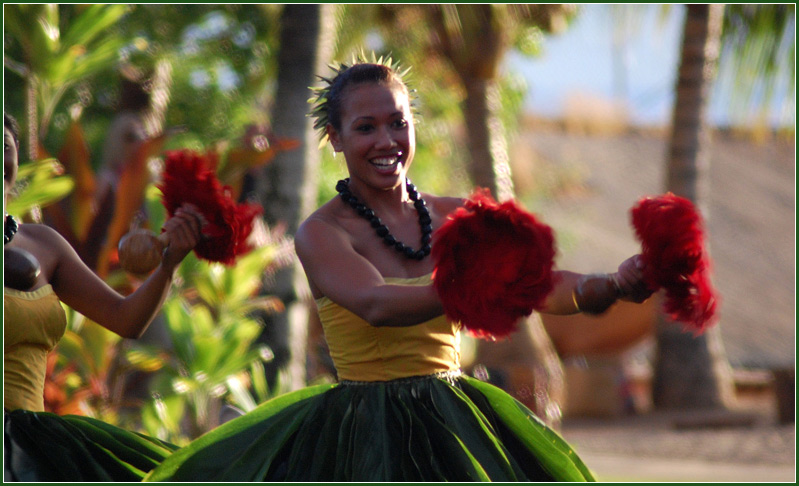 Not to be confused with the ukulele (which actually isn’t even native to Hawaii) the ukeke is known as the indigenous stringed instrument of Hawaii. This traditional Hawaiian musical instrument is made from a thin bent piece of wood with three strings of coconut fiber. The strings are strummed by hand while the other hand holds the ukeke against the mouth, which creates a sound chamber. The ukeke was traditionally used by the Hawaiians to accompany chants. They were also used for personal entertainment and were often the instrument of choice for lovers serenading each other. This was known as “love talk” because the sound coming from the instrument is so subtle that one must come very close to hear it. The ukeke actually disappeared at one point but it was later revived and recreated with alternative materials since many of the previously used plants had gone extinct.

Ohe hano ihu is pronounced “oh-hay hah-no ee-hoo,” and is often shortened to hano. Ohe means bamboo, hano means to breathe strongly, and ihu means nose. The instrument is also referred to as a “nose flute.” Originally the hano was used to attract and impress a lover because the instrument makes a sweet sound and the way to play it is a reminder of the honi, the Hawaiian “kiss” involving touching foreheads and noses, so as to inhale the scent of one another. The hano’s strong ties to aloha made it a natural accompaniment for chants and was also used to bless an event or area. The hano is made of thin-walled bamboo and the length of the flute varies. If used improperly, the flute will make an ugly howling noise instead of its sweet soft whisper. Sort of like a poorly executed pickup line. 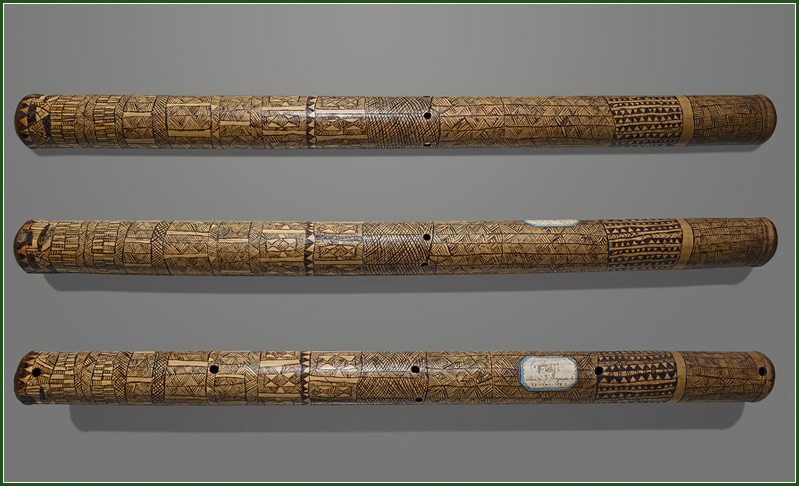 The pahu is carved from a length of coconut tree trunk with a dried sharkskin stretched over one end. In other words, it’s pretty much the coolest instrument ever. It is played with the palms and fingers of the hand and is the predominant percussion instrument in traditional Hawaiian music. The pahu was thought of as sacred by many, and was often housed inside a temple and used for special occasions. Originally the only people permitted to use the pahu were high priests and it was often used to summon the community’s elders. The pahu drum is the commanding instrument used in traditional Hawaiian hula. The drum provides the basic rhythm for traditional Hawaiian dances.

Stop giggling. The pu is the shell of a large conch that is used as a ceremonial trumpet. The natural conical shape of the sea shell is what creates the musical tone. It is said that the deep breath needed to blow into the shell is a form of speaking to the gods. Mouthpieces made of metal, wood or bamboo may also be inserted into the shell. It is said that the loud sound of the pu can be heard over two miles away. Ancient Hawaiian communities used the pu to announce a boat’s arrival to the islands or to communicate with those on the water. More recently it has been used to open events, ceremonies, and performances. 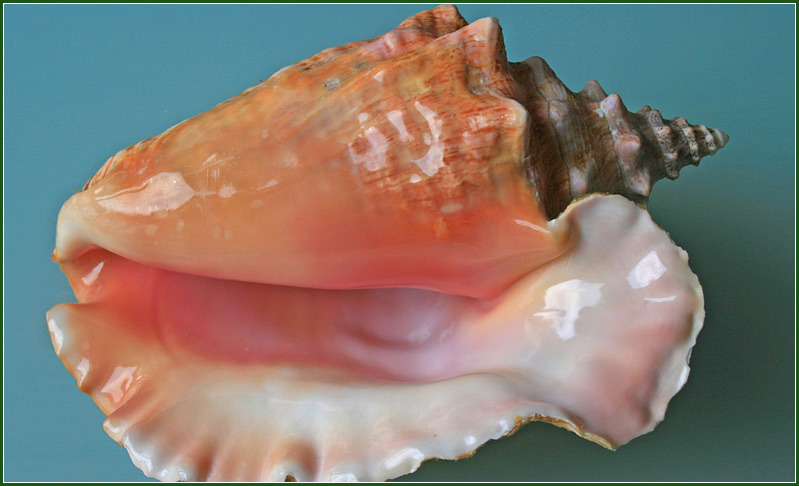 Pu’ili is a type of bamboo rattle. One end is solid, which is used as the handle, and the other is split. The length of the pu’ili determines the sound that it makes. The pu’ili produces a pleasant rustling or rattling sound. Pu’ili is a traditional instrument used during hula performances, and it’s also used during love or naming chants. Pu’ili can be used both while standing or sitting, depending on the type of celebration or event.

These are sticks made of koa wood that are traditionally used during hula performances. They are struck together to create a clicking sound. Sometimes a short stick is paired with a longer stick to create a different sound. The sticks can also be struck on the ground, providing a different sound altogether.

What makes these traditional Hawaiian musical instruments even more impressive is how difficult it can be to use them properly. This is especially true of the instruments used by hula dancers as part of their performance. Next time you’re in Hawaii and attending a luau, keep your eyes—and ears—open to fully appreciate these fascinating instruments.