The History of the Aloha Shirt

The History of the Aloha Shirt 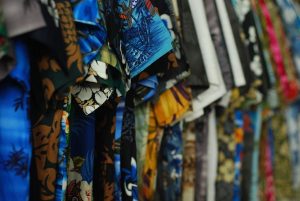 When you attend a luau in Hawaii , chances are you’ll see many people dressed a pretty typical outfit that features a vibrantly-colored floral button down garment known around the world as an aloha shirt. But where did this staple of Hawaiian attire come from?

For the answer, let’s glimpse back to 1935, to the inception of the aloha shirt.

It all started with a small shop called Musashi-ya shoten in Honolulu run by a Japanese immigrant named Chotaro Miyamoto. Miyamoto established the shop in 1904 and ran it until his death in 1915. Made from vibrant and colorful Japanese Kimono fabrics, the younger Miyamoto was the only merchant to sell this style of shirt until the 1930s, when Chinese merchant Ellery Chun entered the picture.

Chun ran King-Smith Clothiers and Dry Goods, and sold the first modern version of the aloha shirt. On June 28, 1935, Chun ran the very first advertisement for the aloha shirt in The Honolulu Advertiser, attracting the attention of locals and tourists alike. The shirts quickly sold out, and Chun’s concept caught the attention of several local design labels. By the end of the 1930s, aloha shirt manufacturing employed upwards of 450 people and brought in about $600,000 annually across Hawaii.

The Second World War brought hundreds of thousands of American servicemen to the Pacific, and many came home with aloha shirts, making them hugely popular on the mainland.

More Than a Souvenir? 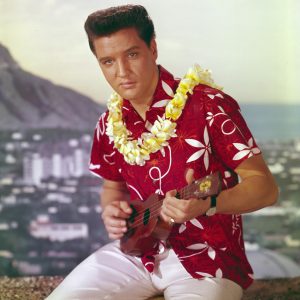 Elvis Presley in an aloha shirt

Textile manufacturer Alfred Shaheen saw the potential of the aloha shirt beyond a souvenir for travelers. Wanting to overcome the stigma that was already being attached to the colorful—sometimes garish—print, Shaheen began using top quality materials to create clothes that were both comfortable and fashionable. The improved construction made the aloha shirt appealing to more than just tourists looking to bring back a piece of the islands. Even Elvis Presley jumped on the bandwagon after Shaheen altered the perception of the garb. The King can be seen wearing a Shaheen-designed aloha shirt on the cover for the Blue Hawaii soundtrack.

In 1956, a high-end brand of Aloha shirts was established in Honolulu under the name Tori Richard. Throughout its history, Tori Richard has implemented aloha prints in many forms, including upscale resort apparel, tropical dresses, and swimwear.

It would have been impossible to predict that a simple button down sporting colorful prints and island-inspired designs would eventually enter the workforce, but in 1946, a movement had started. The Honolulu Chamber of Commerce commissioned a study that looked at potentially replacing business attire with aloha wear during Hawaiian summers. 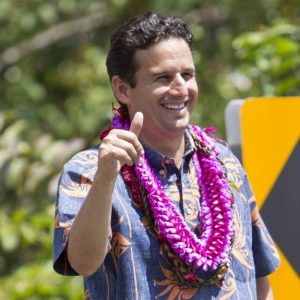 The City and County of Honolulu responded by allowing employees to wear sport shirts from June to October. In 1947, in response to the first Aloha Week festival, it decided to recognize aloha shirts as acceptable attire for city employees. In general, aloha shirts worn by Hawaii residents as work attire are more toned-down in design, using patterns that are more muted than the typical brightly-colored souvenir style favored by visitors.

As for the aloha shirt’s place at a Hawaiian luau? As the style of dress grew more popular and was accepted as business-casual, it just started to fall into place. Aloha attire worked its way into many types of social occasions, including weddings, dinners, and—you guessed it—luaus.