The Luau is a traditional Hawaiian celebration held today for everything from graduations to birthdays and everything in between. However, the history of the luau is very different from the casually joyous celebration that people in Hawaii have today. To understand the history of the luau, we must go back roughly 200 years, to a Hawaii that could not be more different from the one we have today. 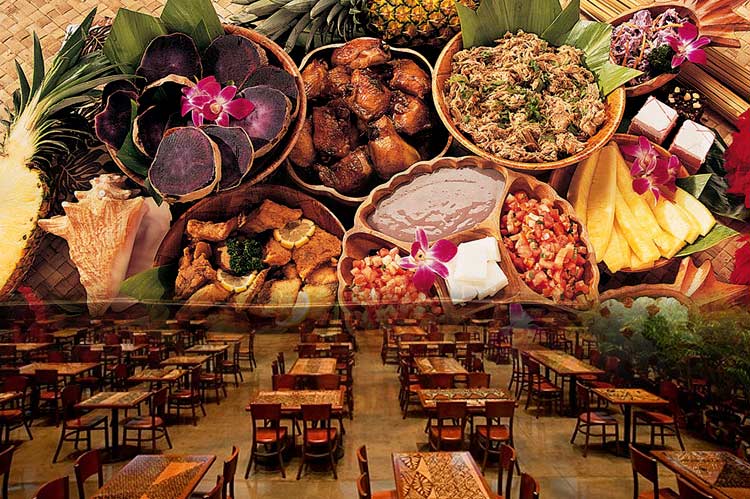 200 years ago, men and women couldn’t eat together. It was considered “kapu” or forbidden. In fact, there was an elaborate set of rules under the kapu system, which regulated the lives of royals and commoners alike. The kapu system even decided which foods were to be reserved exclusively for royalty, such as bananas. Many of the laws under the kapu system were harsh, to say the least. For example, a commoner whose shadow fell upon an Ali’i, or chief, would be sentenced to death.

King Kamehameha II, son of Kamehameha the Great, who united all the islands under one rule, began to loosen some of the strictures enforced the rulers before him. One of the most significant acts of Kamehameha II’s rule was to eat in the company of women, thereby shattering the ancient kapu structure of laws.

Once men and women began eating together, gatherings for special events began to take on a new shape. King Kamehameha II was the first to begin using the term luau for these ceremonial gatherings. It should be noted that the first luaus were not small, intimate events, but rather well-attended, prodigious gatherings of both food and people. As time went on, the royal luaus became the stuff of legend. One luau was said to include 271 pigs, 1,820 fish and 2,245 coconuts. Now that’s a party!

Besides copious amounts of eating, luaus also featured traditional Hawaiian games like ulu maika. This was similar to modern day lawn bowling, but instead of balls, players would throw rocks smoothed into the shape of hockey pucks and various types of wooden javelins. The idea was to fit your throwing instrument through two small wooden wickers a given distance away. 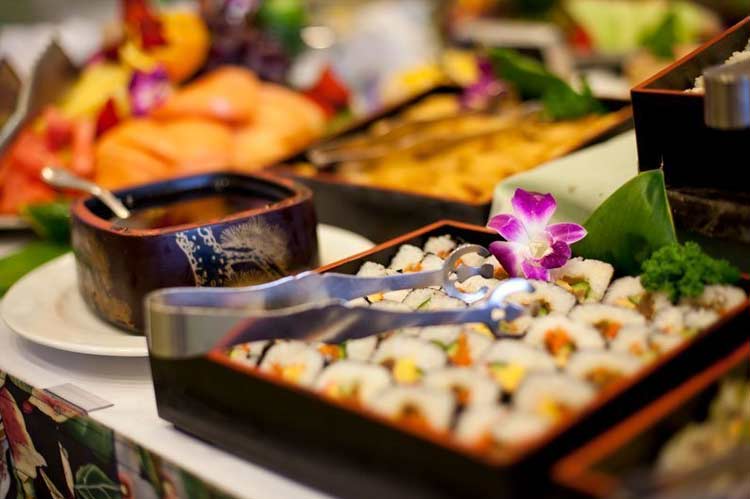 All You Can Eat Luau Buffet

A surprising number of traditional Hawaiian dishes that were served at the first luau continue to be on the menu today! One is kalua pig, which is pork slow-roasted in an underground oven called an imu. Another is laulau, which is chicken, pork or fish wrapped with various other fillings in ti leaves and also slow-roasted. Others are lomilomi salmon, poi, and haupia, a coconut custard dessert.

Whether it was 200 years ago or today, luaus are a time for families and friends to get together and enjoy each other’s company while celebrating a special event. Ancient Hawaii was one of the first societies to dedicate time for play and feasting. A lot has changed in 200 years, but locals getting together for luaus is one thing that hasn’t.