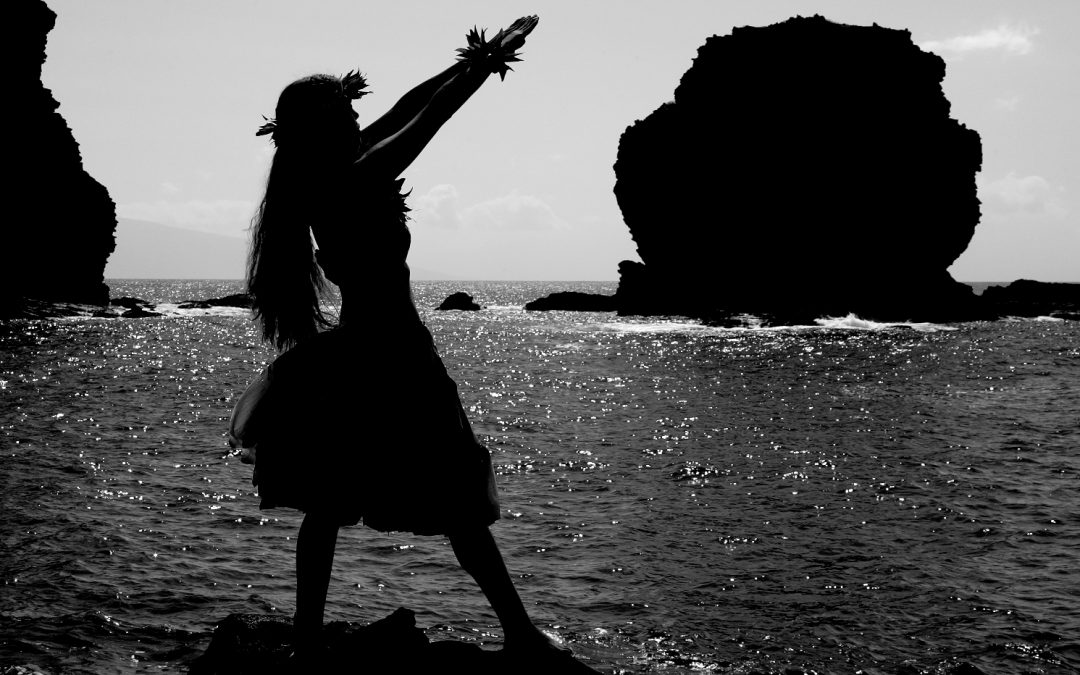 In many world cultures, the storyteller is sacred. The hula dancer is a storyteller. Hula is not just a dance; it’s a form of communication. Hula tells a story through the interaction of body language, music, and the dancer’s expressions. A hula dancer also tells the story of the past, present, and future; this is the story of hula yesterday and today. 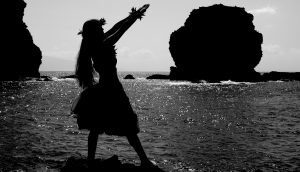 Hula has always been an important part of Hawaiian culture

The Origin of Hula

Where did the hula come from? It depends which legends you believe. Some myths state that in ancient times, perhaps even during the time of the gods, hula was only performed by men. Of course, there’s no way to prove this. There’s also evidence that women were involved in the dancing of hula from the beginning.

Another legend tells of an ancient Hawaiian goddess of hula named Laka, who also reigns over plants, flowers, and forests. Some stories say she originated from the island of Molokai. Other versions state Laka was created by the sister of Pele, the volcano goddess, as a way to keep Pele entertained and calm. Other legends place Laka as a niece of the goddess Pele, making her part of Pele’s family.

In 1874, King Kalakaua decided to bring hula back into the public sphere. He made sure hula was included in all royal celebrations. The Merrie Monarch Festival, a modern annual hula competition, was named in his honor. 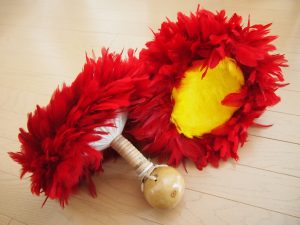 Uliuli are used in hula kahiko

The “ancient style” of hula is called hula kahiko. This is the style that was performed in the days of the Hawaiian monarchs. It is accompanied by chants called mele. The instruments used are the ipu, a gourd drum; uliuli, gourd rattles decorated with feathers; and puili, split bamboo sticks.

In the early and mid-1900s, foreign influence began to enter into Hawaiian music and affect hula dancing. Tourism, especially, changed hula to cater to the tastes of visitors to the islands. Today, hula auana blends traditional elements with newer styles. It is characterized by the use of the ukulele and the upright bass, among other non-indigenous instruments.

The Importance of the Halau 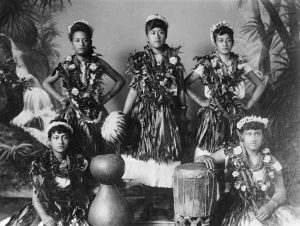 The ancient definition of halau is a meeting place for the instruction of hula. In pre-European-contact Hawaiian culture, hula students lived within the halau to prepare for celebrations and ceremonies. These students understood that their main purpose was to entertain the chiefs and gods; therefore, they would spend much of their time in the halau undergoing demanding training in the art of hula. In modern times, while a halau may still be a physical space, it’s is more commonly understood to be something like a club for teaching and learning the art of hula.

A halau can be a hula studio, but not every hula studio is a halau. A hula studio is a business where dance instruction is conducted in exchange for payment. A true halau, however, is about the communication of information from a kumu hula (hula master) to a student. A financial transaction doesn’t need to occur.

Each halau is headed by a kumu hula who has had formal training in a specific hula tradition. Often, the art of hula is passed down from one generation of a family to the next The kumu hula serves as a living textbook of hula for his or her hālau. These masters hold all the knowledge necessary to tell stories through hula.

In Hawaiian culture, kumu hula are respected and honored. Very often, kumu hula spend their lives teaching hula and spreading their knowledge to countless students. The following are famous kumu hula and their opinions on the world of hula yesterday and today.

For Nalani Kanaka’ole, hula embodies the natural world and ancient mysticism of the Hawaiian islands. She has seen hula evolve as the face of the islands has changed, blending the old with the new.

Kumu Hula Minerva K. Malakaua Pang began dancing hula as a toddler. As she grew older, she would have to sneak around to dance, because her grandfather wanted her to concentrate on books and school.

Minerva K. Malakaua Pang has mixed feelings about hula as a dance competition. Although she has judged the Merrie Monarch in the past, she feels strongly that hula should remain more an expression of art rather than a structured dance for the competition to win. Her opinion is not uncommon in the traditional hula community.

Although hula can be enjoyed at Hawaii resorts and commercial luaus, more traditional hula is found at festivals and smaller shows. Here are a few venues where hula is shared with the public. 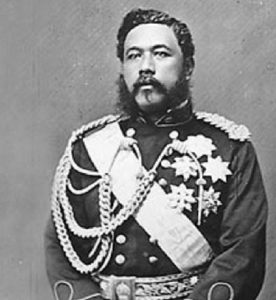 King Kalakaua revived hula in Hawaii after decades of suppression

Each spring, a week-long festival takes place in Hilo, on the Big Island of Hawaii. Hula dancers representing halau from all over the United States—and beyond—gather for the annual dance competition.

In a statement on its website, the Merrie Monarch Festival notes that it’s committed to ” Perpetuating the traditional culture of the Hawaiian people. Developing and augmenting an existing knowledge of Hawaiian arts and crafts through workshops, demonstrations, exhibitions, and performances of the highest quality and authenticity. Reaching individuals who might not otherwise have the opportunity to participate in the festival through live broadcasts and social media, enriching the future lives of all of Hawaii’s children.”

Not a competition, the Prince Lot Hula Festival is the largest hula festival of its kind in Hawaii. Held at Iolani Palace in Honolulu, the festival demonstrates the beauty of more than 20 halau from all across the Hawaiian islands. The festival lasts two days and is named after Prince Lot Kapuaiwa, also known as King Kamehameha V. 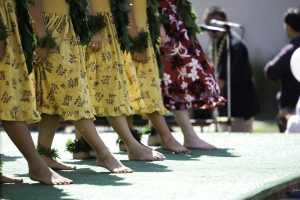 Dancers at a hula festival

Held each September in Kahului on the island of Maui, the Ku Mai Ka Hula is an adult hula competition (there is a separate event in the springtime for young dancers). The Ku Mai Ka Hula allows entries from halau in Japan and the US mainland as well as those based in Hawaii. 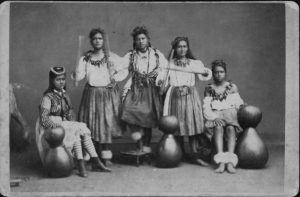 Hula dancers and musicians in the time of Kalakaua

Hula may have changed dramatically over the past 200 years, but its evolution has also allowed it to spread far beyond the Hawaiian islands. Hula’s beauty cannot be contained, and to keep hula alive, it must be shared. Hula is timeless as well as borderless.

Hula is part of the fabric of Hawaii. It’s not only Hawaii’s past and present, but also its future.